The dynamics of pedestrian boarding: High statistics analysis at a real-life train platform

Abstract:
Continued urbanization and global goals to reduce greenhouse gas emissions increase the urgent need for safe, sustainable, and efficient public transport systems. It is expected, that the demand for public transport will autonomously grow by 30-40% by 2030 and 2040 [1]. To prepare for this prospect it is essential to assess the capacity bottlenecks in the already overloaded existing infrastructure. One of the limiting factors in the context of rapid transit networks is the transfer of pedestrians between different transportation lines/ modes. An inefficient alighting and boarding process is a source of delay and potentially causes congestion in significant parts of the transport network. Additionally, the perceived comfort and efficiency of the boarding process impact the traveler experience to a great extent.
In this contribution, we provide an in-depth analysis of the train alighting and boarding process by evaluating real-life train (de)boarding events at a Dutch train station. We use data collected using an optical-based high-fidelity pedestrian tracking network capturing the trajectories of (de)boarding pedestrians across 20000 unique train doors. From the recordings, we extract emergent group structures, e.g. queues of boarding pedestrians, and files of deboarding travelers. Specifically, we assess the safety, efficiency, and comfort within the observed group structures based on physics observables such as pedestrian fluxes, Voronoi densities, and pair-wise mutual distances. We show how the structure and dynamics of the boarding groups depend on crowd densities and proximity to infrastructural features such as stairs and escalators. This opens up the possibility of observing the impact of emergent collective and individual behaviors on the transfer process.

Abstract:
Research and society are leveraging increasingly on high-fidelity optical-based pedestrian tracking techniques to study and monitor complex crowd dynamics in real-life conditions. For this type of research, it is crucial to have high-quality data. Localization algorithms have already proven to be reliable and accurate in most modern academic and commercial pedestrian tracking setups. However, consistent time tracking remains a challenging task and typical tracking algorithms frequently return trajectories with gaps. Prominent sources of error are calibration issues in networks of multiple sensors and occlusions, either behind infrastructural objects, e.g. signs, lights, or trusses, or behind other pedestrians. The last issue is unavoidably amplified in conditions of high crowd density. To ensure high data quality, it is essential to develop an algorithm that reconnects the separate trajectory pieces thereby recreating the full pedestrian paths.

In this contribution, we propose a stitching algorithm that leverages environment-specific knowledge and physics-based pedestrian models to identify and reconnect interrupted trajectories. We employ a model-driven trajectory extrapolation to find the best matching trajectory pieces using only a few free parameters and with linear time complexity. To validate our approach we provide a stitching benchmark composed of real-life and artificial datasets for which the ground truth is known [1]. This allows us to test different extrapolation policies and report the results using a synthetic score based on reconnection accuracy. According to our benchmark, we can reconnect trajectory pairs with approximately 90% accuracy. This enables us to increase the data quality for both in-lab and real-life pedestrian trajectory data.

Self-organization is exhibited in crowds when particular behavioral patterns emerge due to individual interactions with immediate neighbors. Some patterns are best explained by characteristics of the physical environment or individual behavior but other patterns could occur due to the presence of social norms. Social norms are commonly accepted rules of desired behavior in a social situation that are observed or jointly negotiated within a group or society. In the Netherlands, for example, we observe that train boarders wait until deboarders have left the train. This behavior could be a social norm based on the classification that a) the behavior is social in nature and emerges from human interactions, b) informs action-oriented decision-making, and c) seems to be beneficial to cooperation and social order. Currently, research on the boarding process focuses predominantly on the physical modelling of pedestrian dynamics and situational characteristics such as platform design. Little psychology is involved in this approach even though individual behavior is a major factor in influencing dwell times.

We take a systematic psychological approach to estimate whether parameters like pedestrian velocity and area available per pedestrian show variation at the microscopic level (individual variation), at the macroscopic level (situational variation), or both. For example, analyzing real-life train (de)boarding events (n ~ 3700) at Dutch train stations, we find that boarders’ velocity varies more at the microscopic level (individual variation), but at the macroscopic level we see rather stable patterns across boarding events irrespective of the individuals present. This behavior could result from a social norm, or from structural (i.e., person-independent) characteristics of the physical environment. Understanding such variation is helpful in designing behavioral interventions/nudges. If variation is due to individual differences, then an individual-targeted intervention will be most effective. We also investigate the formation of macroscopic structures like a deboarding channel formed by the waiting boarders. Whether the channel width is optimal in terms of boarding efficiency is an open question. We find that a higher number of waiting boarders narrows the channel width which in turn reduces the deboarding flux. So, even with the social norm of waiting, the space people provide to deboarders can still be suboptimal.

Copyright © 2017 Alessandro Corbetta, Ph.D. All Rights Reserved.
To reuse the content of this site please contact a.corbetta@tue.nl or cite the related publications.

Random images from our research 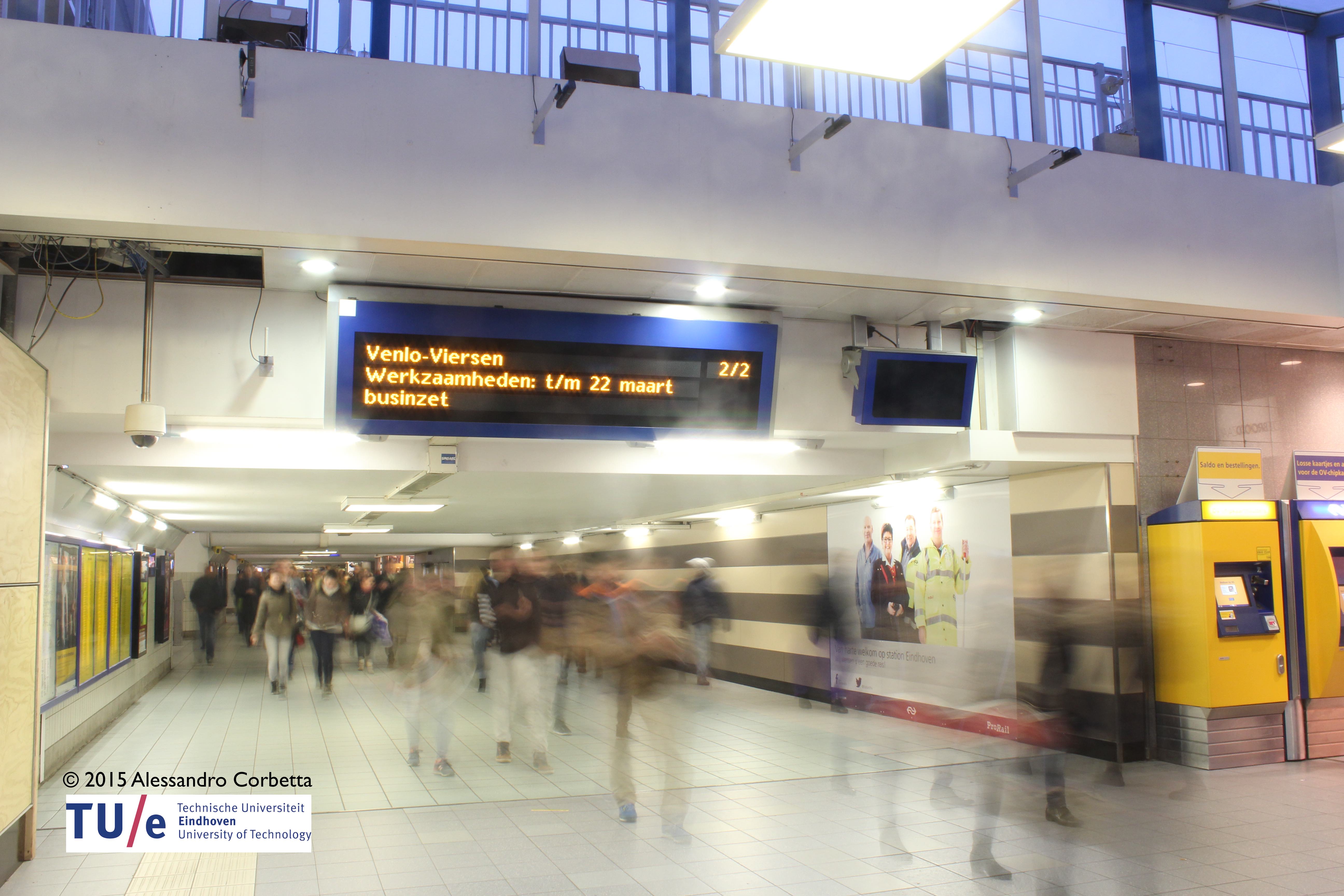 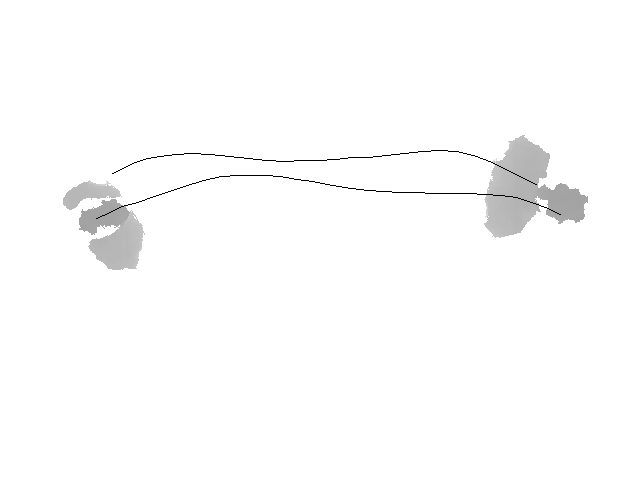 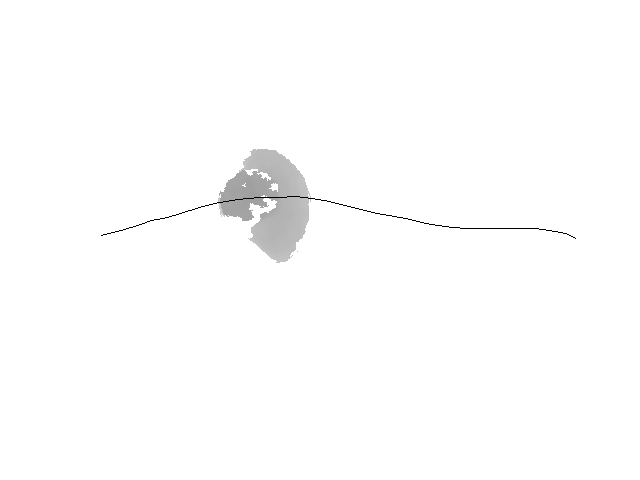 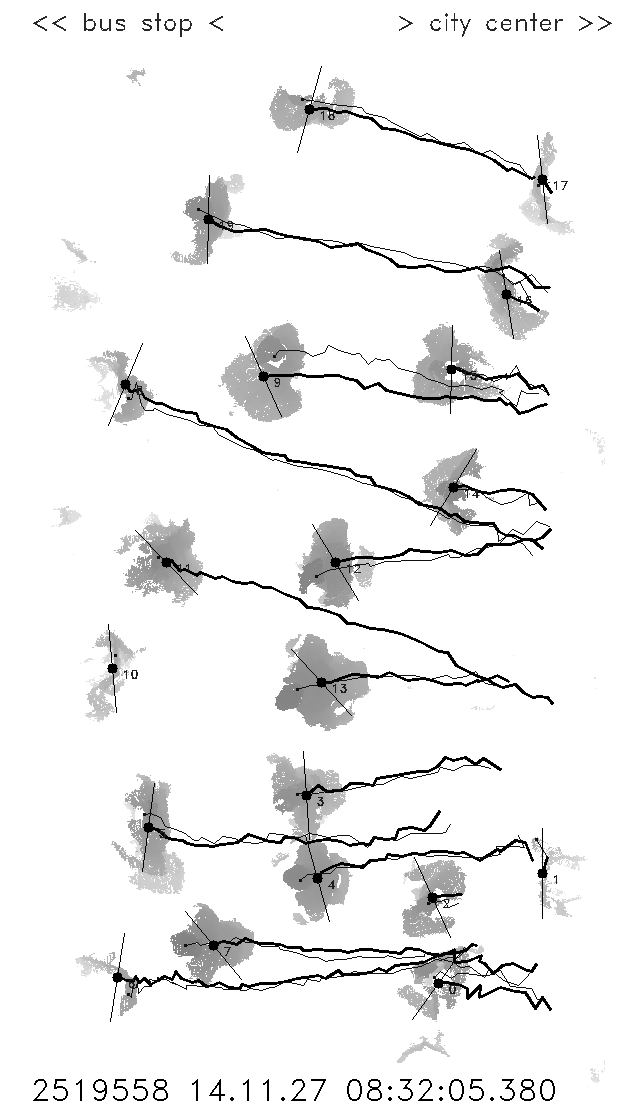 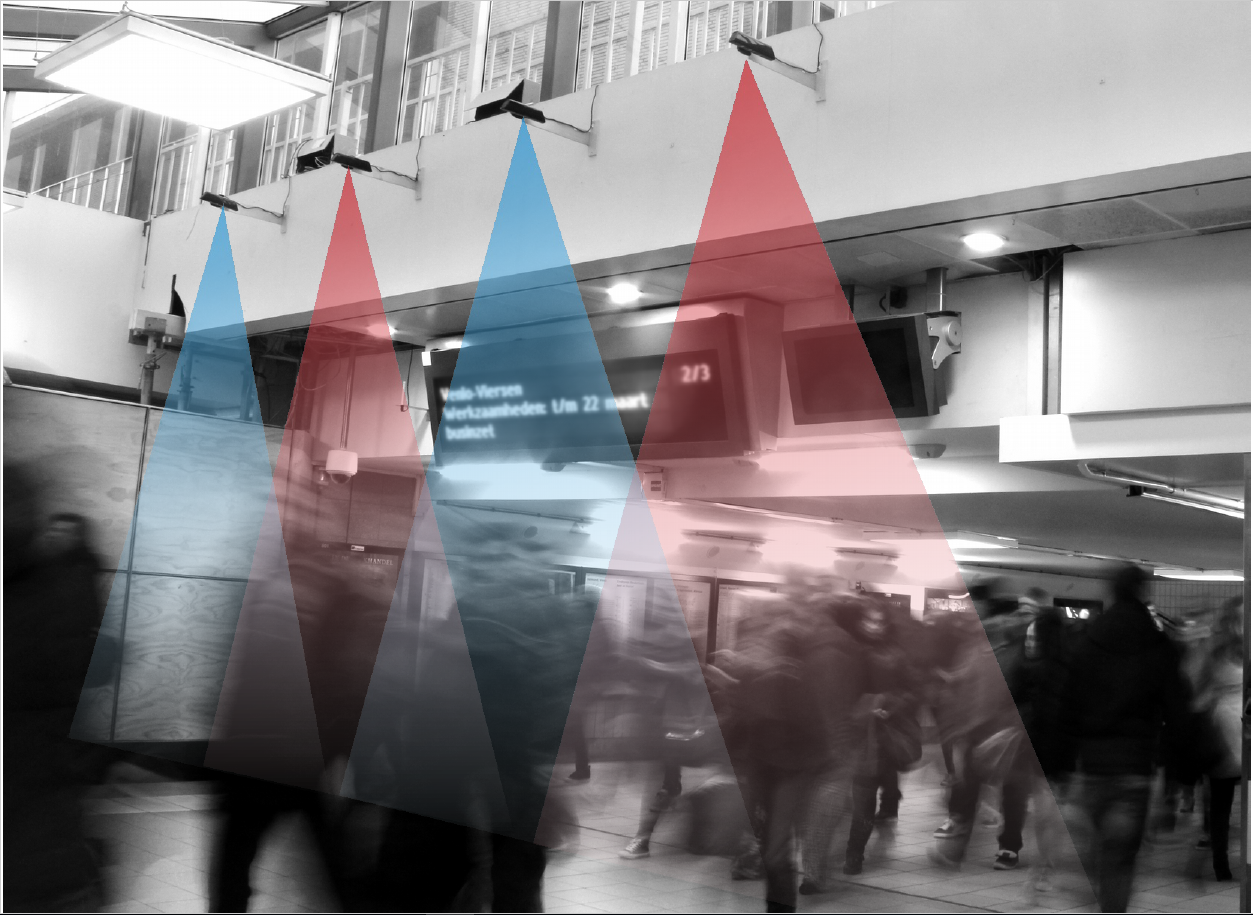 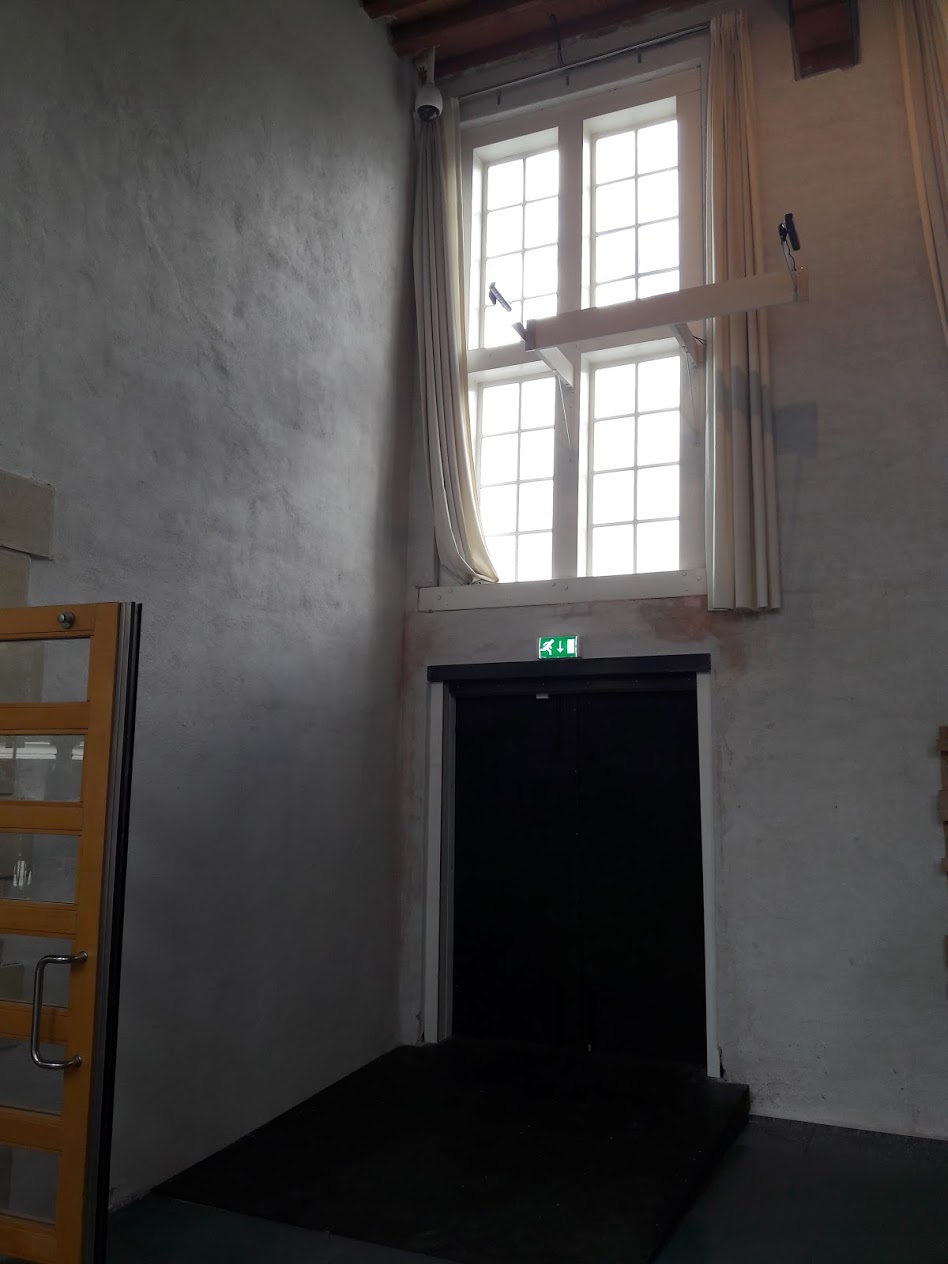 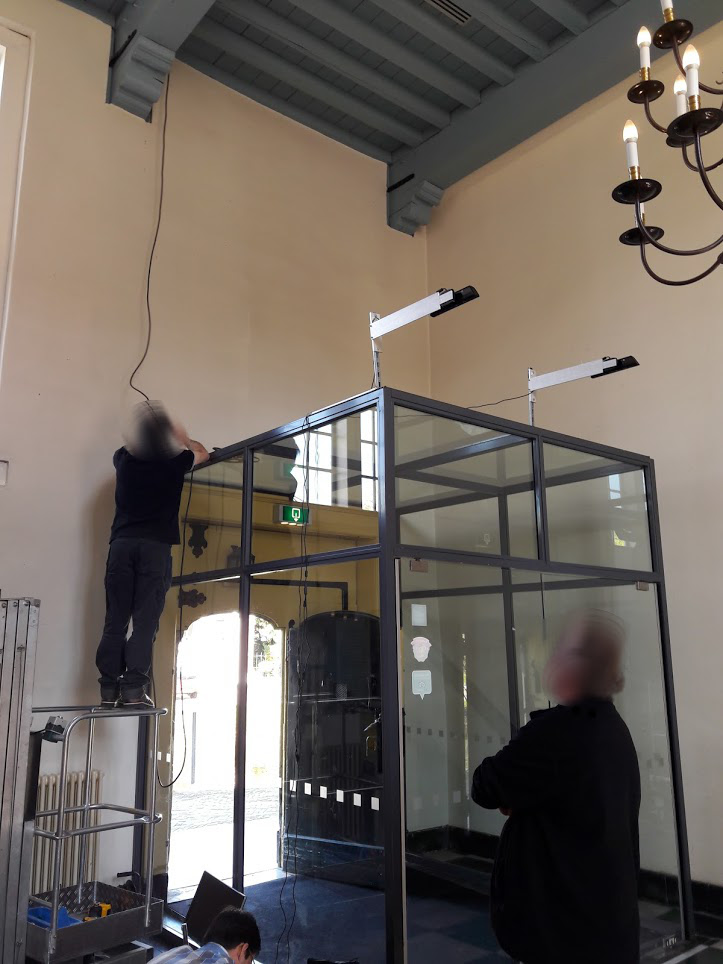 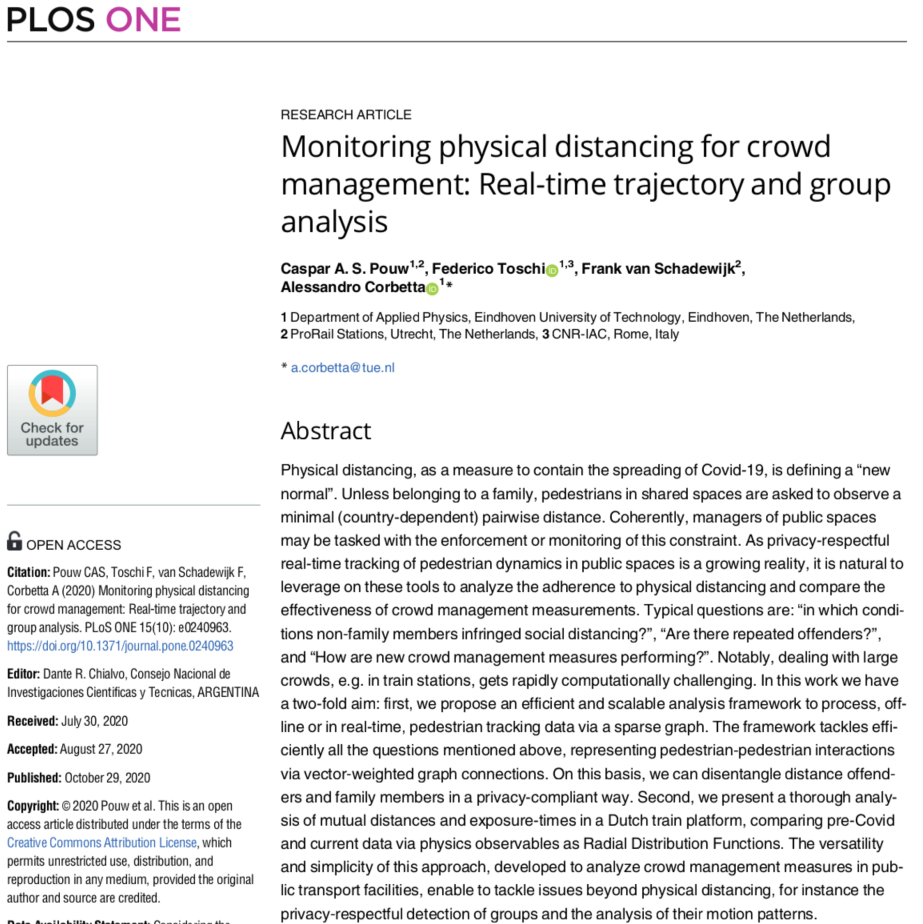